Neoclassical style building that highlights the image of the wines.
info

Neoclassical style building that highlights the image of the wines.
info
This Neoclassic building, still with Baroque influence, was built in the early 19th century by Luís Pereira Velho de Moscoso, a nobleman of the Royal House and Knight of the Order of Christ, among other honourable positions within the Monçan community. He had the Palácio da Brejoeira built on an old family farm called Quinta do Vale da Rosa. After having passed through the hands of various owners, it was in 1937 that the Palace was once again sold, being acquired by Commander Francisco de Oliveira Paes to offer it to his daughter Maria Hermínia Silva d'Oliveira Paes, born in 1918. It was she who restructured the property and proceeded to plant and sell the prestigious wine from the Alvarinho variety, "PALÁCIO DA BREJOEIRA". 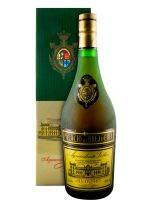 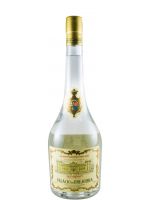